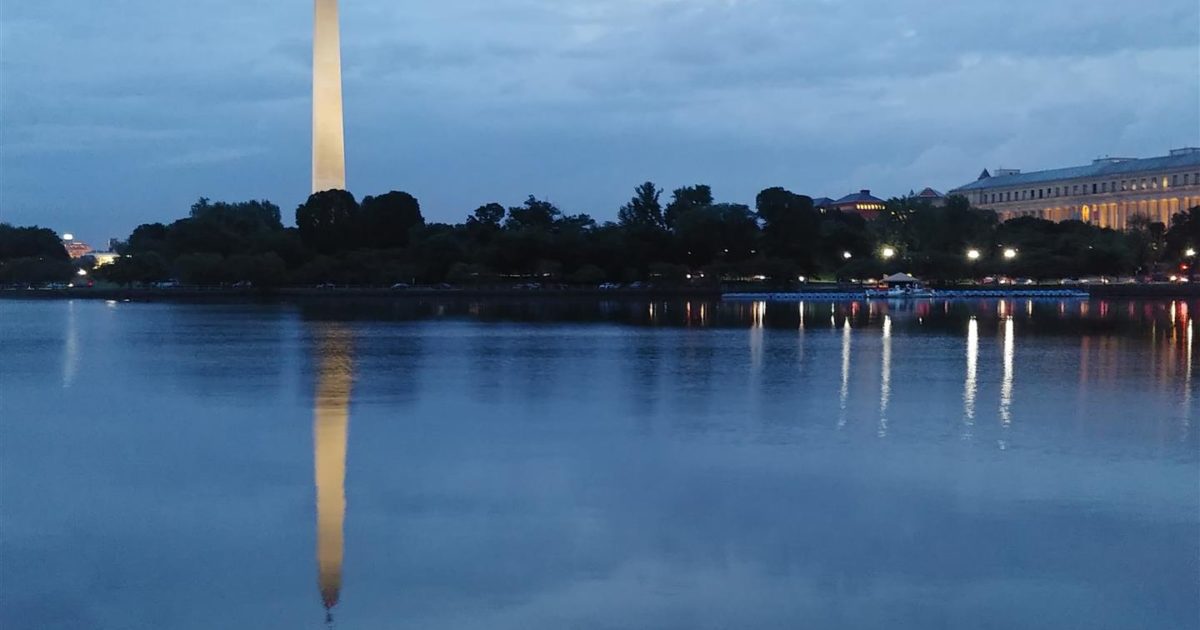 Your Ultimate Behind-the-Scenes Guide to Washington DC, Maryland and Virginia with Your Sheep-Obsessed Hosts, Nomadic Knits

If you’ve been following along with our posts, you know we’ve been catching you up on some of our recent travels.

Here’s one more trip through memory lane. It starts, as so many of our adventures do, with a high-speed drive through the hinterlands.

After completing issue three : arizona / new mexico, we zoomed back to the East Coast — just beating a winter bomb cyclone that chased us across Colorado, Kansas, and Nebraska —  for issue four : maryland / dc / virginia.

In the Southwest, it can take a day or two just to traverse one state. In the East, we bounced from DC to Baltimore to Virginia in a single outing. That’s just one of the many differences between the wide-open spaces of the Southwest and the densely populated East Coast. 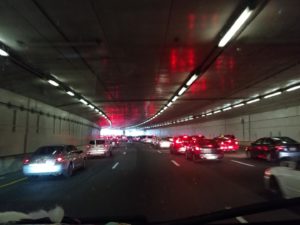 After months in the wilderness, city traffic took some getting used to.

The pace of life is different, too. In the southern Arizona wilderness, we woke up to the songs of cactus wrens hopping from one saguaro to another. In DC, we awoke to the dulcet sounds of traffic and sirens.

It can be tricky trying to meet deadlines, connect with local yarn shops, and find dyers and designers in the time short time we have to put an issue together, but we met some incredible people during our time in the area!

We were fortunate to meet an embarrassing number of fiber artists while we were researching and working on the photoshoots. Many of those opportunities arose because the Maryland Sheep & Wool Festival coincided with our trip. There’s nothing like a fiber festival to remind you how lucky you are to be a part of the fiber community!

We Were Swamp People

While we were in DC, we were reminded that hundreds of years ago, the city literally rose from a swampy area … and the weather? It was downright jungle-like. Torrential rains were followed immediately by the scorching sun that cooked street puddles into a humidity-soaked concoction that could accurately be called air soup.

We. Were. Sweaty. And jet-lagged.

Or in Becky’s case, van-lagged. 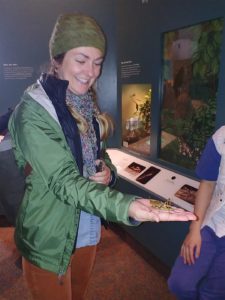 At one of the city’s many museums, Becky summoned the courage to hold a great big grasshopper. It may not seem that courageous, but she’s terrified of them!

Becky and Melissa settled into their Airbnb to do a bit of research and prepare for the garment photo shoot. On the second (unoccupied) floor, smoke alarms beeped relentlessly each night. Melissa, our sound-sensitive soul, may or may not have uttered a few naughty words in her sleepless haze. You never know what you’re going to get when you go the Airbnb route!

During the days, our NK team worked (and worked, and worked). They also brainstormed — and in true Nomadic Knits fashion, the brainstorming happened in a stream-of-consciousness blur that would make James Joyce proud.

Once the frantic deadline flogging ended, we found that in DC there are an endless number of activities to reinvigorate your spirits.

Five Amazing Things to do in DC

Five amazing experiences we had in the area:

Like you, we’d seen the Lincoln Memorial countless times on TV and in movies. Nothing prepared us for the solemn majesty of this iconic statue. Go there. 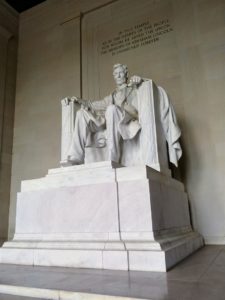 Afterward, we wandered the rest of the National Mall, which was in its full springtime glory during our evening stroll. The Vietnam Veterans Memorial Wall offered a somber counterpoint, leaving us filled with remembrance and gratitude. 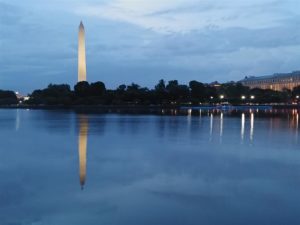 After all of that walking, we were famished, so a friend introduced us to Bonchon Arlington. That massive platter of delectable air-fried chicken? It haunts our dreams like a poultry-induced hallucination.

With the bulk of our work in the metro area completed, we headed to Shenandoah National Park, where we cruised Skyline Drive on a Wednesday afternoon. We longed for motorcycles, perfect for carving the virtually abandoned road. 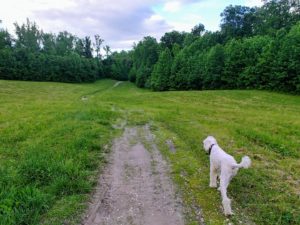 Bubba keeping the bears at bay in the Virginia countryside.

We saw only a handful of cars along the way —almost as if we’d been transported to a deserted area. By Friday night, that all changed as the weekend crowd descended.

Sadly, it was time to return to the city and part ways.

We had such a wonderful trip. It’s a beautiful and diverse region with so much to see and do, but our favorite part was the people. We met dyers and growers and designers and bloggers and even had the opportunity to crash a knit night in DC! Everyone we met contributed to this issue in some way. We received so many wonderful tips on where to go and what to see. People were kind and generous with their knowledge of the area and you can see it all throughout the pages of the magazine.

Come Along for the Ride

We are currently preparing to hit the road to warmer climes — and soon, we’ll be stuffing our faces with gumbo and enjoying the sounds of Zydeco!

You two are awesome! Looking forward to the next issue!

Thank you so much!💕

I lived for quick six months in that area last year and wish I had known your recommendations and tips while I was there. Hope you got to see the Torpedo Factory in old town Alexandria. Besides all the amazing artists there the Fiber Guild has an exhibit space as well as other independent fiber artists. The work is truly inspiring. Looking forward to subscribing once I get to my new home in Florida. Have a great time in NOLA!