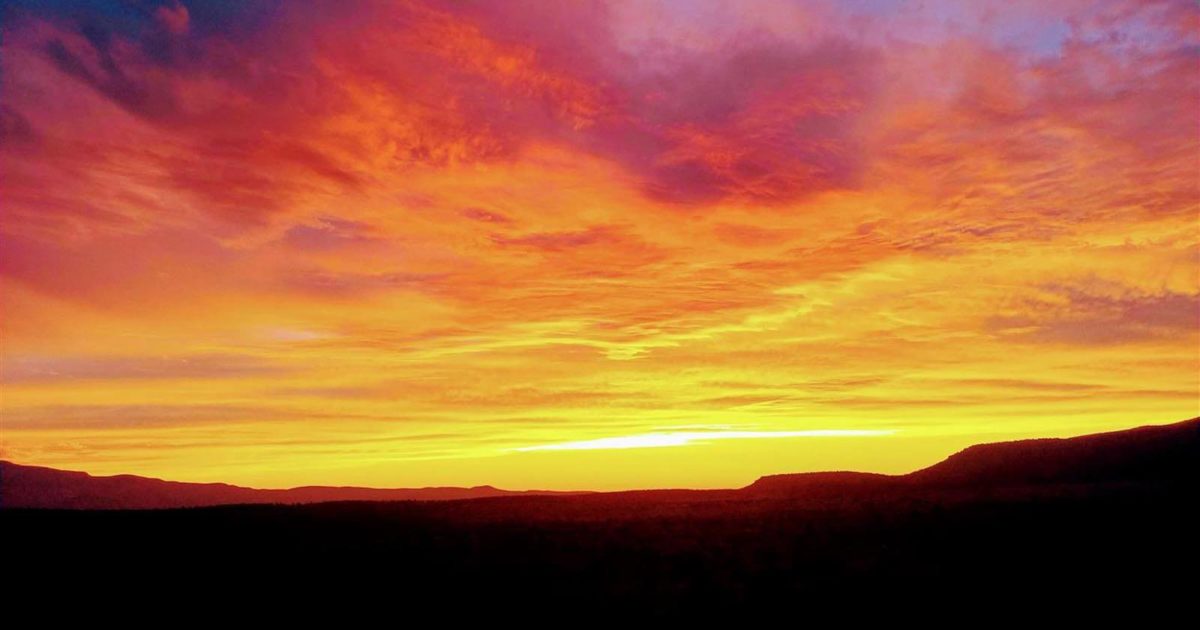 Nomadic Knits Explores 5 Ways to Freeze to Death in the Desert (or: That Gorgeous Fleece Doubles as a Survival Blanket in Teeth-Chattering Cold!)

When you imagine the deserts of the American Southwest, you might picture saguaro cacti, creosote bushes, and gritty sand as far as the eye can see.

Oppressive, oven-like heat, the kind that broils the dust and turns the air above the highway into a shimmering mirage.

That’s exactly what (rather cold-blooded) Becky hoped for as she rolled into Tucson last January. She was researching issue three : arizona / new mexico, and she was also desperately trying to escape a brutal winter that enveloped much of the rest of the country. She does, after all, live full-time in a Winnebago van with her faithful sidekick, Bubba. 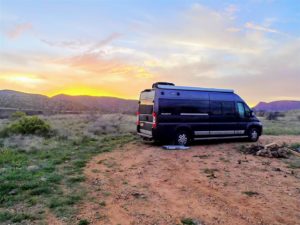 What started out as a sun-drenched stretch of temperatures in the 70s quickly disintegrated into a season of shivers.

Break out your favorite heavy wool sweater — you might need it just to get through this bone-chilling story.

If you’ve never lived in a small vehicle during a bone-chilling winter, here’s what happens:

But before all that, Becky and Melissa (who flew in from Florida) were able to soak up some sunshine in the Tucson area. A few highlights included:

A Blizzard of Tacos

Once the garments for issue three were completed, our adventurers headed to Organ Pipe National Monument. There, they camped in the wilderness, amongst the cacti and ironwood trees, being serenaded by cactus wrens and coyotes.

Normally, we’d regale you with warm tales of desert sun and tequila, but it wasn’t to be. (Just kidding, there’s always tequila! There just wasn’t any warmth. Except from the tequila. Mmmmmm.) Instead, our intrepid wanderers wore stocking caps, pom pom and all, at night and waited for the coyotes to try and make off with Bubba as a midnight snack.

After a short wilderness retreat boon-docking amongst alien-looking organ pipe cacti, we returned to Tucson. There, two things happened:

That’s right, several inches of snow fell as we prepared for our garment photoshoots around the city. Saguaro cacti covered with snow? It was a scene straight out of a desert fairytale.

To stay warm, we frequented a series of taco shops. Because tacos are important, we’ll name notable ones here. (A word of caution to those who prefer squeaky-clean, chain-style establishments — we often enjoy places that fly under the health department’s radar).

Los Tacos Apson stands out in particular because of its weird taco bar interior and unique menu. Walk in and you’re treated to a crew of men throwing steak after steak on a huge grill over a mesquite fire. Try the tacos. Try all of the tacos.

In our next post, we’ll have some fun stories about issue five : vermont, so please join us on our never-ending yarn adventures.