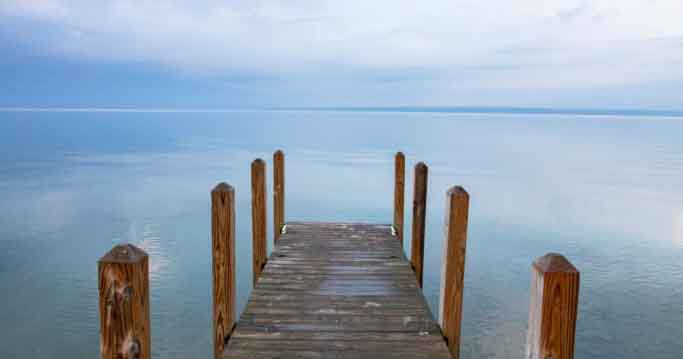 Becky and I have been hard at work on issue seven : michigan since last summer. We have a seriously impressive list of designers and dyers in this issue, and it’s packed with TWELVE designs! Here’s the thing, though…

We had planned to fly to Detroit in April for a week or two of exploring the city, finding the perfect local cocktail, and most importantly, photographing all the fantastic designs. As of March, we were on schedule to have the issue printed and released on June 6th (Becky’s birthday!). On March 7th, we were looking at flights from Florida to Michigan in the midst of the first news reports of the novel coronavirus affecting international travel. I remember that it was March 7th because we were driving to Winter Haven for the Four Purls 10th Anniversary party, and then on to Lakeland for Yarn Lounge. It was the last time that Becky and I were together, and the last time that either of us did anything “normal.” On that day, we were a touch hesitant to book the tickets, but not overly concerned. We thought we might end up driving to Michigan instead of flying, so we decided to hold off for a few days before committing to a flight schedule. The next few days brought a cascade of cancellations, closings, restrictions, confusion… You guys were there; you all know how that story goes.

So anyway, there we were in Florida, only twenty miles apart, but it may as well have been the twelve hundred miles that separate us now. Nathan, our photographer, was sheltering in place in New Mexico. We had all the garment samples, pom poms and all, but no way to find anyone to model them. We were feeling lost as to how to push forward. As the COVID numbers grew, our hopes sunk. Our concerns that had started with: Could we afford to keep working on the issue? Would we be able to pay the printing costs? changed to: Would our beloved customers live through this? Would we? What would we do if only one of us made it through? Would the other continue on? (Writing these fears now feels somewhat overly dramatic as restrictions are lifting and things are gradually settling down, but at the time many of us were, and many still are, legitimately scared.)

After burying our heads in the sand for a few weeks, the immediate threat of dying felt further away, and we started adjusting to our new “normal.” Neither of us are very social beings, tending to stay close to home most of the time anyway, so our actual day-to-day routines weren’t significantly changed. Sales were down a bit, but we decided not to let it discourage us, and we got back down to business. Don’t get me wrong, deciding not to let something discourage us and actually not being discouraged are not the same thing; there have been a lot of ups and downs.

We knew we had to get creative and flexible (I actually started practicing yoga right around this time, but you know that’s not what I mean). Our printing company is in Syracuse, New York, and New York was heavily restricted then, with little hope for a quick recovery. While some printing was considered “essential,” like the signage needed at hospitals and clinics, a knitting magazine probably wasn’t going to make the cut. Not that we were even ready to cross that bridge yet – we needed pictures! Pictures make the magazine; without a beautiful photo of a garment, will it ever be cast on? Not to mention, a regional magazine should feel related to the region. Luckily, Becky and Nathan had spent time in Michigan last July, and took pictures of the natural landscape in some hard-to-reach blackfly-infested mud-bogged rural places. They’re stunning.

So back to the designs! Becky takes a killer selfie, but was not excited about the thought of seeing pictures of only herself and possibly of her parents if she could con them into it, for over a hundred pages. All of my selfies highlight my awkwardness and bless me with extra chins, so I couldn’t even consider having half of the pictures be of me. It took us a long moment to realize that we could mail the garments to other people, but you have to cut us some slack; we’re anxious humans by nature and 2020 has been rough. So we started brainstorming about who we could send them to; people with decent camera skills (by this time we had given up on the idea of a formal photoshoot), and who fit into, or was quarantined in a household with someone who fit into each garment. Scrolling through our Instagram feeds, we kept coming back to designers from the issue, and then realized how much fun it would be for each designer to model both her (all ladies this issue, the gents need to send in some submissions!), and someone else’s design!

We were nervous about asking the collaborating designers to do this for us; if you’ve ever tried to take great pictures of both the person and the garment they’re wearing, you’ll know that this is a pretty big ask. We started with the issue seven designer we know best, and she was immediately on board (thank you, Laura!). Within an hour, the replies of support and willingness to help us came pouring in, and we were both in tears. Tears of gratitude to these incredible designers for giving us their time and expertise. Tears of relief that Nomadic Knits would carry on. Tears of exhaustion from weeks of anxiety.

We can’t wait to share issue seven : michigan with you. It will be filled with photographs of inspiring, generous designers, along with some of their family members, in their incredible knits.

Twelve designs! That’s the most we’ve ever had! There are two shawls, six size-inclusive sweaters, socks, mitts, a cowl, and a hat.

So when will you get to see it? We don’t have an exact date yet, but if 2020 doesn’t get worse for a minute, we’ll have the digital version ready by the end of July, with the printed copies to follow within a few weeks. There are still some logistics to work out, but there WILL be an issue seven this summer!

Thank you all for your continued support of our adventure!

PS: Since the time of this post, we have published the issue; be sure to check out, Michigan, and sign up for a knitting magazine subscription or pick out a beautiful pom pom for your next hat!