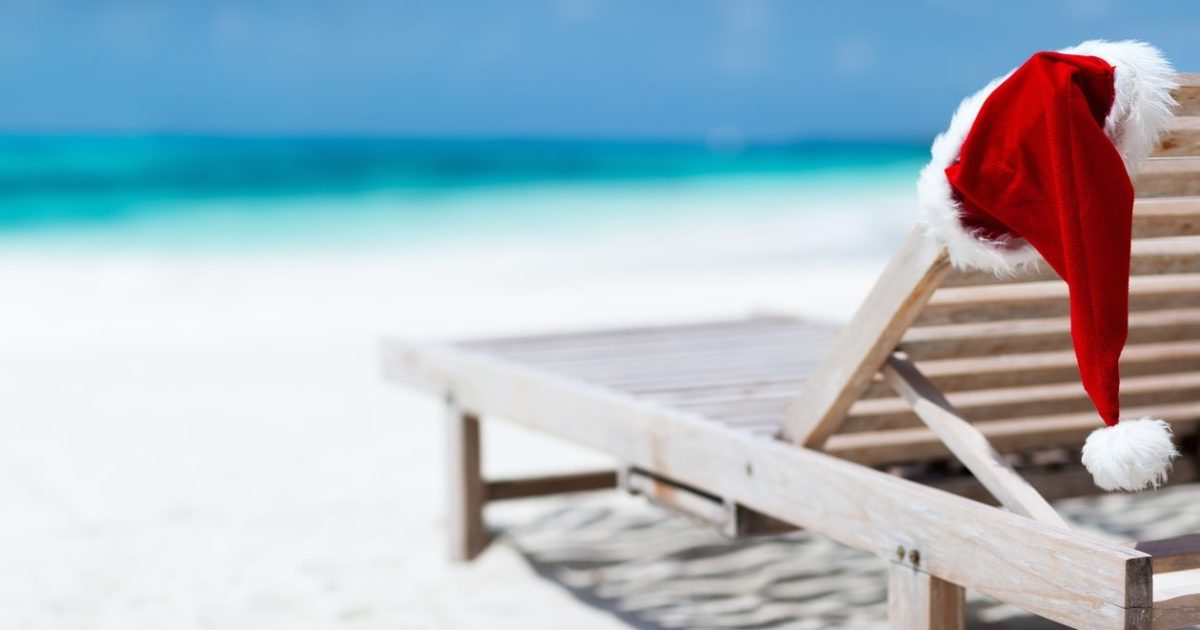 I sat down with the intention to write about now being a good time to start casting on for gift knitting, since we’re inside of six months to the winter holidays. I’ll also shamelessly admit to wanting to make use of the Christmas in July tagline. As I typed the blog title (Christmas in July, of course), I started wondering where it originated. Is it just an advertising gimmick, dreamed up by a group of all-too-important white men in suits, smoking cigars and drinking whiskey, back in the 1960s? Can you tell I’ve been watching Mad Men? It’s such a good show! Or is there historical significance behind it? Is it like Festivus? Is there a George Costanza-esque storyline behind it? Perhaps lost to the former generations, much as Festivus will fade away, becoming just another twentieth century relic? I watch way too much TV these days. 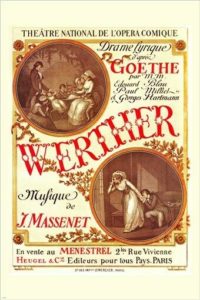 So now that I’m miles away from casting on anything, let alone gift knits, and I just spent a ridiculous amount of time falling down the rabbit hole of Google searches, I may as well let you in on the provenance of Christmas in July. The first mention of it in writing comes from the 1892 French Opera Werther, in which one scene has a children’s chorus rehearsing a carol in July, and the title character responds, “Vous chantez Noël en juillet… c’est s’y prendre à l’avance” or “When you sing Christmas in July, you rush the season.” 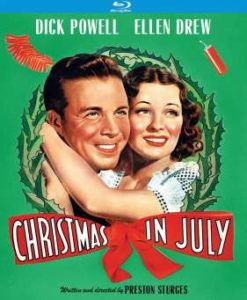 The 1940 release of the Hollywood movie Christmas in July, which depicted a man using the term to enter (and win, but not really win – he was fooled into thinking he won, but that’s a longer storyline…) an advertising slogan contest, gave nationwide attention to the phrase.

In the early 1940s, the pastor of the Calvary Baptist Church in Washington, D.C. preached a sermon entitled “Christmas Presents in July,” encouraging the congregation to donate gifts early enough for them to be delivered to missions worldwide. It became an annual event. 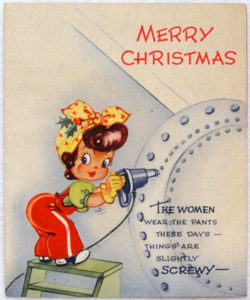 During World War II, the U.S. Post Office coordinated with the U.S. Army and Navy, as well as the American greeting card industry, in a push for early Christmas mailing, encouraging people to purchase and mail cards and gifts to soldiers as early as July.

In the 1950s, American advertisers used Christmas in July (I was only a decade off!) to fill in the long two-month holiday-free summer season between the Fourth of July and Back to School shopping. As the years went by, television stations joined in, re-running their Christmas specials and movies.

There are lots of people who make a holiday of Christmas in July; in the Northern Hemisphere, it is a deliberately ironic excuse to have a party, while in the Southern Hemisphere others celebrate Summer Christmas on June 25th, six months from traditional Christmas, so they can experience the holiday during their cold season, with snow and ice. To be honest though, I had a hard time finding many references to this celebration, so if you’re reading this in the Southern Hemisphere, please let us know if it’s true! 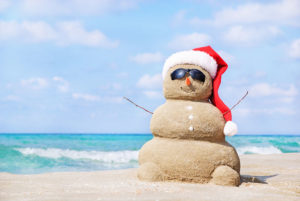 Now that you’ve all nerded out with me about the evolution of a marketing holiday (or scrolled through it with a big eye roll), let’s chat about casting on for your winter gift knitting!

Who else has been here: it’s December 15th, your extended family is coming for dinner and presents on the 23rd, and you still have three people to knit for, not to mention cleaning and decorating your house, baking for your office cookie swap, sending out cards, multiple trips to Target and Wegmans for last-minute everythings. I know I have. Way too many times.

My solution was to stop knitting for my family; partly because they aren’t all that appreciative, and I don’t love them enough to overcome that, but mostly because it just became so stressful that it took all the fun out of it for me. And then when they didn’t fawn all over the handknit gift complete with faux fur pom pom, I’d be crushed. Typing that out got me thinking about past years when I did consider my people knitworthy, and I have to admit that it’s probably my own fault – a combination of high expectations and beginner knitting skills, with pure acrylic yarn thrown in. No wonder they weren’t all that appreciative…

The first year that I knit presents was 2000. I was eighteen, appropriately broke, and home from college for winter break. My five best girlfriends and I planned a get-together for New Year’s, and decided to exchange presents then. I had been working all semester at the University library, but I didn’t have a local job to come home to, so I was pretty well out of money by the time I had shopped for my immediate family. I did what anyone in my situation would do: I scoured the newspaper circulars for sales and coupons, then lurked around the neighborhood on garbage night to go through recycling bins for extras. I ended up getting five skeins of Red Heart for less than $10, and set about casting on garter stitch scarves for everyone. Yep. Garter stitch scarves for everyone. Not only was it boring as $%#@, they weren’t pretty. (I learned soon after that I was knitting every stitch through the back loop, but I’m sure that wouldn’t have improved the finished projects by much.) 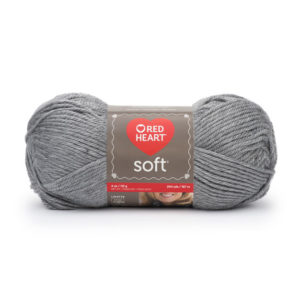 Did I learn anything from that experience to make 2001 any better? Sure I did – I learned about circular needles and knit the same five girls stockinette stitch hats, in colors to match their scarves from the year before. Still last minute. Still couponing. I had less time though, as I had transferred to our local university and had a full time job during winter break. Still ugly gifts, without so much as a pom pom!

The point I’m trying to get to is that we should start casting on now for our knitworthy loved ones.

In my mind, knitting should be relaxing, inspiring, fun, joyful, a creative outlet, and an emotional safe haven. It should not feel stressful, rushed, like a job (read more about knitting as a job in last week’s post). If you find yourself not looking forward to casting on a particular gift, take a moment to evaluate those feelings; is it because you don’t like the pattern? the yarn you chose? the recipient? If you can’t put your finger on it, try changing it up – look through a bunch of knitting patterns or scroll through the websites of your favorite indie yarn dyers – to see if you’re struck with inspiration. Your knitworthy person won’t know if you abandon your original gift idea, so jump ship and don’t look back.

I like to envision myself as a totally put-together woman; the kind that has her holiday prep finished right after Thanksgiving, complete with handknit gifts and beautiful handmade wrapping paper and bows… She probably brushes her hair every day and organizes all sorts of activities for her closest friends. She is so not me. But you know what she does? She casts on gift knits between her own projects all year long. She joins knitalongs to spur on the creative momentum (in truth, she’s the one organizing them – still not me), and is a cheerleader to the other knitters in the group, probably finishing half a dozen projects or so while the rest of us are turtle-ing our way through… Maybe this year, since 2020 is such a dumpster fire already and we’re spending a bit more time at home these days, we can pledge to work on gift knitting early, and actually stick to it! If you haven’t been able to stay at home because you’re an essential worker, from mail carriers to medical professionals to grocery clerks, and everyone else, thank you! From the bottoms of our hearts, thank you! 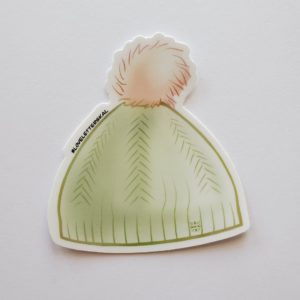 Did you know that we have a knitalong starting on July 10th? So many of the included knitting patterns would make fantastic gifts! They’re quick, fun, and beautiful (yep, I’m bragging it up – our designs are beautiful). Join in the fun, get ahead on your gift knitting, enter to win prizes, and get a limited-edition adorable Love Letters KAL vinyl sticker (we even send them to our international knitters)! It’s a win – win – win – win! Our awesome cartoonist created the image for us, complete with a pom pom!

Here’s our post with all the details of the Love Letters KAL, now that I’ve twisted your arm into knitting with us!

If you’d like to cast on your gift knits early but don’t feel up to another knitalong, are swamped with 2020, or our stickers aren’t your jam, here’s a link to a bunch of simple knits (some of the knitting patterns are free!) that are gift worthy for your knitworthy people.

If you’re really excited about the Love Letters KAL but just want to knit for your knitworthy self, we’d LOVE to have you! I still haven’t decided if I’m going to knit another Will O’ the Wisp for myself or the Green Mountain Mitts for my mom. Since the knitalong goes from July 10th to August 31st, I’ll probably have time to knit both! Yay!

Let’s have a special incentive for the gift knitters in the Love Letters KAL – everyone who finishes a second project as a gift during the #loveletterskal will be entered in a separate drawing for a year’s subscription to Nomadic Knits! That’s issues eight, nine, and ten! If you already have a subscription, you can gift it to another knitter – and poof! that’s another gift checked off the list!

Guys, in the (translated) words of Werther, let’s rush the season. Rush the joy. Rush to the end of this year. Cast on those gift knits and let’s “celebrate” Christmas in July! Tell us what you’re going to cast on next!

PS: Be sure to check out our latest issue, Michigan, and sign up for a knitting magazine subscription or pick out a beautiful pom pom for your next hat!